6 Weeks to a Bigger Squat 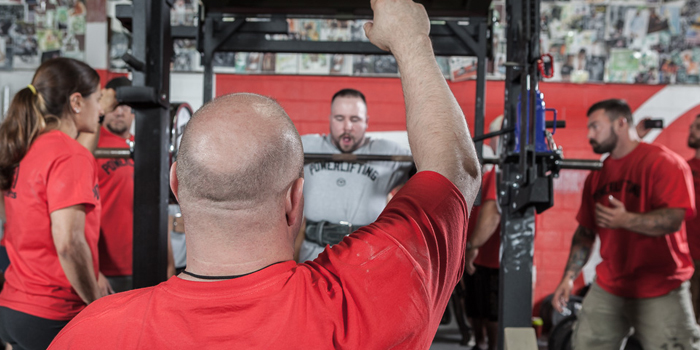 Youth and novice athletes do not have the development and coordination to maximally recruit muscle fibers adequately to benefit from maximal effort training. Having said that, they do want to know what their max is, especially youths. This is a safe and effective way to continue building a strength base while bringing the squat up to something to be proud of.

This is a basic six-week training cycle for an intermediate or beginner lifter who has reached a plateau in their training. Beginner/intermediate, in this case, refers to someone who has been lifting and following a training routine for 6-12 months. For this article, “squat” refers to the barbell back squat. This is not a technique article; it is written with the implied understanding that the reader is competent in the basics of the squat movement and knows their squat max.

If you do not know your squat max (taken within the last four weeks), take either a 1RM or a 3RM before beginning this program. To calculate your max off your 3RM, consult the NSCA Training Load Chart or perform the following equation:

The same equation can be applied if you get two, four, or five reps at testing, but the method becomes less accurate as percentages go up, so try to get a one-, two-, or three-rep max (NSCA, 2012).

For this cycle, you will squat two days a week, with two days between workouts. Workouts should be 30-60 minutes, max. If you are training on other days, those training days should follow a similar intensity and volume and not be strenuous to the point where recovery is unattainable and hindering squat day. Remember, the next six weeks’ goal is to break a record on the squat, not max the bench press, not PR a 10K, or get shredded.

After a general warm-up, hit between one to three core movements. This is done to stabilize the trunk and prevent it from moving under load. A stable trunk will allow the power generated at the hips to be transmitted more efficiently. Choose core work with regard to how the limbs and trunk will interact during the workout (brace, anti-flexion, anti-rotation). Suggestions for core include plank variations, Pallof presses, chops, and carries, among others (McGill, 2010).

Plyometrics should be the next order of business in any workout requiring a display of power (Zatsiorsky, 2006). When we utilize plyos in our workouts, we are telling our neuromuscular system to produce force rapidly. A well-designed plyometrics regimen will improve the rate of force development, the use of tissue elasticity to produce and improve power, and the ability to absorb force. Improving these factors will cause a greater production of force following the eccentric muscle action, aka, out of the hole in the squat. Like core, plyos should be tailored to the athlete’s skill, experience, and task. Suggestions for plyos vary but may include squat jumps, box squats to jumps, and box jumps (Sands, 2012) .

The squats’ volume and intensity in this program are based on the following percentages, by week. There is one heavy day and one fast day where the percentages are much lower and must be lifted with maximal intent. Warm up to your working weight and do the reps and sets as indicated. If you start adding your own shit to the recipe, I’m not responsible for what comes out of the oven.

A quick note on lifting with intent; when lifting on days where the weight feels “too light,” you must lift it with the same intent as you would a heavy weight. These days are included to build explosive strength, and so the weight must be moved accordingly. Lifting these submaximal weights with maximal force will develop type IIb and type IIa muscle fibers, making the body more powerful and explosive through all portions of the lift under heavier weights (Hatfield, 1989).

No products found which match your selection.

These should be things that will strengthen the muscles that perform the squat. I suggest two to three of the following: glute-ham raise, good morning, kettlebell swing and snatch, belt squats, Romanian deadlift, dragging a heavy sled, split squats, Reverse Hyper®, back extension, band pull-through, among others. I don’t get super worked up on sets and reps for accessories, I’m more of a “some for a lot” guy. If you’re craving volume, as many young beginners do, put maximum focus and intent into the squats, then get the heavy volume on accessories.

For an example of the six-week cycle, here is an athlete with a 345-pound training max.

No products found which match your selection.

This program is intended for the intermediate and beginner (6-12 months on a training program) lifter seeking to break a plateau or to safely train for a one-rep-max squat while building base strength. No one cares what you can leg press; what matters is running fast, hitting hard and moving through space with power. Now, get under the bar and work for a number you can be proud of.

We will share information about fitness, exercise and diet, and we look forward to your joining!

Get Jacked Arms Without Wrecking Your Joints
Scroll to top